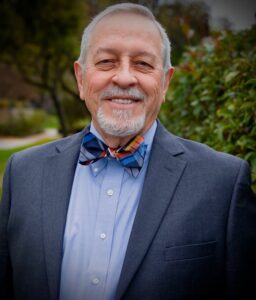 Born in Caracas, Venezuela of missionary parents, Ben Maxson has spent much of his pastoral ministry in the Northwest and Southern United States. Fluent in Spanish, he also gravitated back to his roots in South America to serve in two missions there. Dr. Maxson held the position of Director of Stewardship at the World headquarters of Seventh-day Adventists from 1995 to 2004. During this time, he discovered and developed a new paradigm emphasizing biblical stewardship from a discipleship perspective and shared this vision with the world church. Ben served as Lead Pastor of the Paradise, California Seventh-day Adventist Church for thirteen years until he retired at the end of 2017. They lived in Paradise, California until November 8, 2018 when the Camp Fire destroyed the town. They now live in Calhoun, Georgia.

Ben is married to Mary Maxson, who served as the Director of the Women’s Ministry Department for the North American Division, and then as an Associate Pastor at the Paradise Seventh-day Adventist Church. They have two adult children and one grandchild.

Ben enjoys reading and developing ministry materials. He also enjoys digital photography and golf. Ben has special interests in the areas of spirituality, discipleship, and leadership training, and serves as a lead professor in Andrews University Seminary Doctor of Ministry cohort for Spiritual Growth and Discipleship.