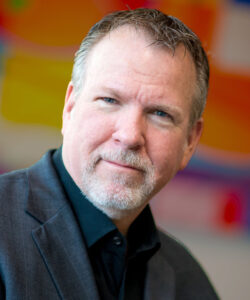 The featured musical artist for the 2022 Wisconsin camp meeting will be Martin Young. Martin began singing his original songs as a teenager and has never stopped! He performs in churches and auditoriums around the country, and has produced three albums of original music to date. Martin continues to write, produce and perform Christian music and actively seeks to glorify God with his rich tenor voice.

Martin was one of the solo vocalists at the 2018 NAD Teachers’ Convention in Chicago. He sang an original song, “Meet Me at the Tree.” He has also been featured on the TV show “Windows of Hope” produced by the Quiet Hour.

In addition to his solo ministry Martin is a member of and featured soloist with two performing choirs, inSpirit Men’s Chorus and Kinge’s Quire. He lives in Ooltewah, Tennessee, with his wife Cindi.