Members of the Chippewa Valley Seventh-day Adventist Church were delighted to, once again, be out in public at the Northern Wisconsin State Fair from July 7-11.  Thirty one mission-minded members (and friends!) greeted the public at two different fair booths.

A replica of the sanctuary, and the ark of the covenant, drew curious fair-goers to the first booth. As folks inquired about the display, they were led into conversations about Bible history and the “command control center of the universe” that is now in heaven. Over fifty Amazing Facts magazines entitled, A Divine Design, were given away, as well as more than seventy five copies of The Great Controversy. Dozens of flyers advertising the two LP-FM radio stations that the church operates were also handed out.

The second booth was a new venture for the church this year. People were invited to learn about and attend ongoing weekly meetings to ask Jesus to help them overcome their hurts, hang-ups and habits. The Celebrate Recovery program has been offered by Chippewa Valley Church since September 2019, and is led by church members and advertised to the general public. It is a growing missionary outreach which is also bringing many church members into happier, healthier, surrendered christian lives. 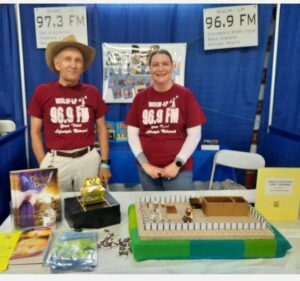 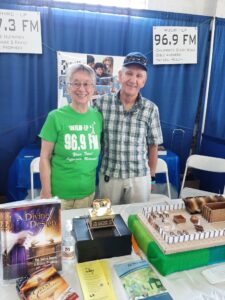 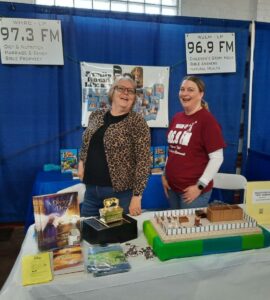