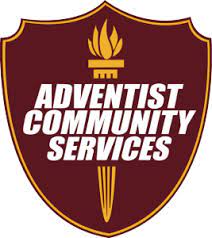 On September 1, I was on a conference call with the State of Wisconsin VOAD (Volunteer Organization Active in Disaster) and learned that the Afghan guests were arriving at Camp McCoy and there was an urgent need for clothing. The different volunteer organizations were asked to collect new clothing in their area and sort them then bring them to the Armory in Sparta, Wisconsin. Team Rubicon an organization of retired Veterans would lead the donations management on base at Fort McCoy.

I put out an email to our pastors and Adventist churches in the state asking for new clothes for men, women, and children. Because of the urgency we decided to try to get a load focusing on underwear and socks and other new clothing to them by September 9. This was also Labor Day weekend so it was very short notice. Our pastors and members responded and we delivered 95 boxes with an estimate of 2000 items. What a blessing!!

On September 10, I sent another notice out to the pastors, ACS Leaders and certified volunteers to start another collection and this time we would focus on winter clothing, such as winter jackets, boots, and warm sweatshirts. The plan was we would close the drive on September 27 to deliver on September 30.  We were able to deliver 94 boxes, about 1,300  items all sorted per item, size, and labeled as to what was in the box. This gives us a total of 189 boxes with 3,300 items.

As we finished unloading the trailer at the Armory, the volunteers came over to us and said, “Thank you for your load. It is all sorted and labeled and we can send it on to Fort McCoy right away.”

As of September 29, 323,000 clothing items had been processed at the armory which was a value of about $2.8 million dollars.

I have been asked many times why we did not accept used clothing? Our organization was asked to bring new clothing by those in charge of the donations management. So we needed to follow instructions given to us. The question was answered by one of Team Rubicon’s volunteers, Jeff Wagg, “The reason we’re asking for new donations isn’t because we’re being snobby or anything. It’s a matter of time and logistics. If someone donates to us a box of 12 brand new pairs of pants, we can take that box and then just ship it right off, but if we get a bag filled with assorted clothing, we have to sort through that clothing, and catalogue it and decide what we can use or not.”

Approximately 12,500 guests are staying at Fort McCoy. They came with just the clothes on their back. Many had not been able to bathe for days. Adventist Community Services along with many other organizations and generous people in Wisconsin have come forward to help in this endeavor, and in one short month we have supplied the immediate needs for these people.

In my conference call Wednesday, September 29, we were told that the state of Wisconsin is leading the other states with the best coordinated donations efforts. What a privilege to be a small part of this!!

I want to thank everyone who donated their money, time, and bought clothing for this endeavor. We have received over $10,000.00 in money and many clothing donations from our Wisconsin church members as well as from individuals in Michigan and Minnesota. Every penny will go to help these people. We have and are continuing to purchase what is the immediate need and that includes a lot of winter coats, underwear, toddlers clothes, and infant formula.

At this point we will not be collecting any more clothing, as Fort McCoy is transitioning into resettlement and relocating of these people.

When we look at the vast number of 12,500 people we ask, “How can we possibly even make a dent in this vast endeavor? Our 189 boxes was just a drop in the bucket.” But when we take the attitude that “each one of us will reach one”— the job was finished in a month! We serve a Big God! Thank you again for your support!!!

NOTE: The North American Division has noticed the smooth operation in Wisconsin. Derrick Lea, Adventist Community Services director, said that Garrett and her team continues to lead ACS efforts in this area [of organizing aid for Afghans]. “It’s the relationships that have been developed previously that enable us to be engaged within our community when crisis events take place,” said Lea. “I rely on Alice and her team of dedicated team members to rally our church members to respond when calls for help go out. It’s a privilege to work with those willing to be the hands and feet of Jesus in their local communities.” (Quote from LUH)