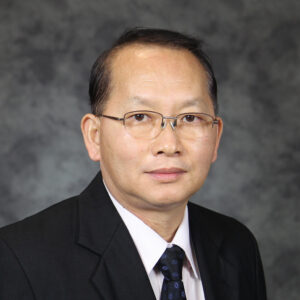 Pastor Chanchai Kiatyanyong grew up in a small village in the northern part of Laos. At that time, his father was a witch doctor in their community. He recalls that life was hard. Pastor Chanchai’s life changed when an uncle, who was an Adventist pastor, came to visit their family when Chanchai was 11 years old. Although life was still difficult and his family was forced to flee several times spending time in three different refugee camps, Chanchai continued to study with fellow Adventists and was baptized at age 13. When the family fled to Chiang Rai, Thailand, he decided to go to the Adventist Academy in Chiang Mai where he studied for six years. After completing his studies at the academy, Pastor Chanchai moved to Mission College (now Adventist Pacific International University) where he studied English and Theology. After serving as a chaplain at APIU for a couple years and working to establish a church plant he went on to earn his master’s degree in Theology in the Philippines. Next Pastor Chanchai served as a teacher at the Mission College for three years before being called by the Thailand Adventist Mission to serve as a pastor. During his time there he also served as church planter, youth director, stewardship director, ministerial and executive secretary and most recently as mission president.

Pastor Chanchai is currently serving as a lay pastor in the Wisconsin Conference for the Milwaukee and Madison Hmong Seventh-day Adventist churches. He also partners with Advocates for Southeast Asians and the Persecuted (ASAP) Ministries and the North American Division Adventist Refugee and Immigrant Ministry. Pastor Chanchai is so happy to be here because he has a dream to help strengthen the Hmong leadership, the Hmong believers, and the Hmong church presence in North America. He has seen God leading in this process and looks forward to God working in a greater way together with you!